How to Transfer Spotify Playlist to Amazon Music

Been using Spotify for a long time, but I am a prime member on Amazon, so I took the Amazon Music advantage and I will get no additional cost. Anyone know a way to transfer playlists / songs to Amazon Music?

Sure, Spotify has over 82 million songs. But Amazon Music won’t be left in the dust. Currently, the Prime and Unlimited members on Amazon Music have grown to about 70 percent compared with last year. While Spotify grew at a slower rate, about 25 percent. There are many factors contributing to this increase in Amazon Music. Let’s take the price as an example: Like Spotify and Apple Music, Amazon Music Unlimited cost $10 per month; Prime members can get it for $8 per month though; and if you only listen on an Echo speaker, it's just $4 per month; Prime members also have access to Prime Music at no additional charge, but they can only enjoy fewer songs and fewer Echo commands. At the same time, Amazon Music always attaches importance to users' experience, so Amazon Music will become increasingly popular in the future. 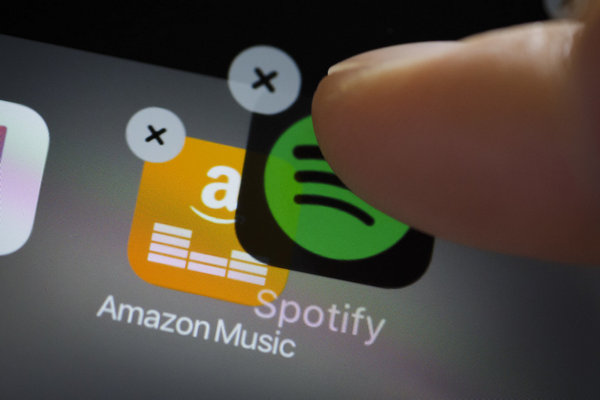 NoteBurner Spotify Music Converter is born to help users to download their Spotify songs and playlists to other plain music formats, like MP3. After conversion, we can enjoy all Spotify audio on any app (including Amazon Music) without any limitation.

NoteBurner Spotify Music Converter can be used on Windows or Mac computer, so please download the correct program on your computer.

After download and launch NoteBurner Spotify Music Converter, please directly drag and drop your Spotify playlist to the prompt dialog box on NoteBurner. Then the program will analyze the playlist automatically.

Note: The default setting of the program will keep the converted files organized by Artist/Album. If you'd like to sort them out by Artist, Album, Album/Artist, or simply under one folder, please customize it by yourself.

Click the "Convert" button to start conversion. Once the conversion is finished, all the Spotify songs you selected in Step 1 will be downloaded as common music files in the output folder you set in the previous step.

By clicking the "Converted" button on the left side or directly going to the output folder you customized in Step 3, you can find all the downloaded Spotify songs.

Open Amazon Music app, click on your name in the upper right corner and choose Preferences. Then click on the Select Folder button (under the Automatically Import Music From) to select your converted Spotify playlists folder to upload. Now, you’ve imported your Spotify Playlists to Amazon Music app and just enjoy your wonderful audio by now on!

YouTube Video: How to Record Spotify Songs as MP3 Files：