This article will show you the best 8 Spotify to MP3 converters for FREE, pick up the one that suits you most.

Spotify is one of the most popular streaming services available, but it has its limitations. One of the biggest is that you can only listen to Spotify music within its platform. This could be a problem if you're going to stream Spotify songs on a generic MP3 player (without Spotify support). Another issue is that you can download Spotify playlists for offline listening only when you have a Spotify Premium account. This means if you cancel your Spotify subscription, you'll lose access to all of your downloaded titles.

Fortunately, the solution is to convert Spotify music as MP3 files. This way, you can listen to your favorite Spotify playlists offline with no need to worry about any restrictions. Keep reading and you'll get the best free Spotify to MP3 converters below. There are multiple free Spotify to MP3 converters, downloaders, or recorders that could be found on Google. But all of them apply for the same downloading mechanism - match your Spotify playlists and download MP3 from YouTube video. After conversion, you will get the Spotify music files with lower internal sound quality, about 128kbps. Obviously, those free Spotify music converters (shown in the next part) are not enough for audiophiles or for those who require a higher demand for the output audio files. To have the best music downloading experience, we suggest to use NoteBurner Spotify Music Converter. Here're its advantages:

NoteBurner supports multiple output formats for choice: MP3, AAC, FLAC, WAV, AIFF, and ALAC. If you have collected a large Spotify library to download, you could add multiple Spotify playlists to convert them all at once.

Have mentioned above, NoteBurner Spotify Music Downloader is able to download Spotify songs at up to 320kbps high quality. All your Spotify titles will be downloaded with no quality loss.

Convert Spotify Music at Up to 10X Speed

For the Windows of NoteBurner Spotify downloader, you're able to choose "1X, 5X, and 10X" conversion speed. While for the Mac version, choose "WebPlayer Download" mode and you could convert Spotify songs at up to 10X speed.

After conversion, your Spotify tracks will be kept with most ID3 tags, including title, artist, album, artwork, track number, disc number, and year.

If you want to edit or share Spotify songs after conversion. You can do it within the NoteBurner app. It features some free tools, like ID3 editor, CD burner, Onedrive uploader, local audio converter, Spotify to iTunes transferer, music player, and so on.

NoteBurner allows outputs your Spotify songs by "None, Artist, Album, Artist/Album, and Album/Artist", and it even supports to preserve the music order the same as the original Spotify playlists.

NoteBurner applies a concise interface, so even a computer beginner could easily convert Spotify tracks. With a strong developing team, NoteBurner programs will be updated in time to be compatible with any update from Spotify or computer systems.

The main drawback is that Soundloaders Spotify to MP3 converter could only download Spotify titles one by one. Besides that, songs you download from Soundloaders are actually extracted from YouTube instead of the Spotify platform, in which the output quality is not guaranteed.

Spotify-downloader.com is another solution to convert Spotify to MP3 for free on a web page. It's a simple web tool that allows parsing the Spotify track, playlist, or album links, then downloading Spotify songs to MP3 with certain ID3 tags kept. If you enter a Spotify playlist or album link to Spotify-downloader, it will download the entire album or playlist in ZIP file.

Need to mention that before downloading Spotify to MP3 on Spotify-downloader, you'll be forced to watch its pop-up advertisement (more than 15 seconds). And your downloaded Spotify music MP3 file name will start with its website name: [SPOTIFY-DOWNLOADER.COM]. If you don't mind with these annoying ads, this online Spotify to MP3 converter is a nice shot.

Sidify Spotify Music Converter for Free is a great program that can be used to download and convert Spotify music to MP3, AAC, FLAC, WAV, AIFF, and ALAC formats. It's a great option to convert Spotify playlists in bulk with no extra fee or pop-up ads, which could save you much time.

Its program interface looks much like NoteBurner, but it only supports "YouTube Download" mode. That means, Sidify Spotify Music Converter Free version recognizes the Spotify songs you added but downloads them through YouTube. Compared to Sidify Music Converter Free, NoteBurner provides more download modes to export Spotify to MP3 in better output quality. It's worth trying!

Note: Sidify Spotify Music Converter for Free is only available for Windows users. 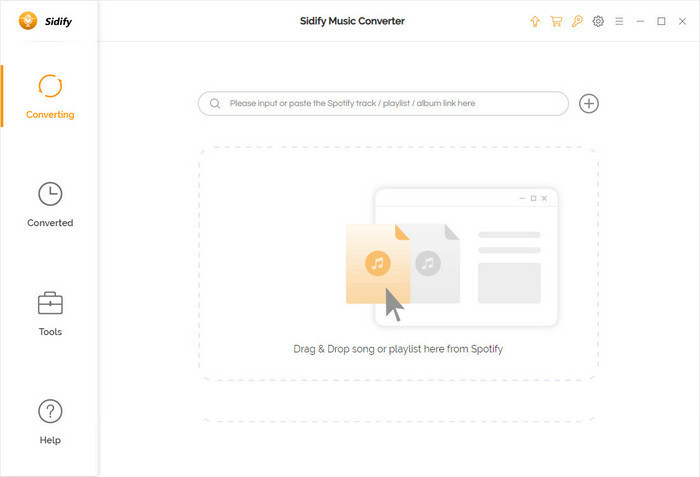 Audacity is a free, audio editor and recording application. It can be used to record live audio, convert tapes and records into digital recordings or CDs, edit sound files, change the speed or pitch of a recording, and so on. Besides that, you can also use this freeware Audacity to record Spotify songs or other streaming music services. It's built for professional recording use, so it could be confusing for beginners.

When recording Spotify to MP3 on Audacity, need to make sure you won't make any noise from your microphone, or it will be saved to your output audio files as well.

Read more on how to record Spotify music to MP3 via Audacity. Update: The latest version (0.3.19) of AllToMP3 doesn't work for Spotify currently. You may need to wait for the new release to fix issues.

AllToMP3 also helps to download music from Spotify, YouTube, SoundCloud, and Deezer for completely free. All you need to do is paste the Spotify song link or playlist link into AllToMP3 and press Enter to start downloading the music. After downloading, most ID3 tags will be included in the downloaded MP3 files.

If you've listened to the AllToMP3 output audios, you may find it's not as good as the original source. Actually, AllToMP3 just only matches the Spotify music track with YouTube video and converts YouTube video to MP3. 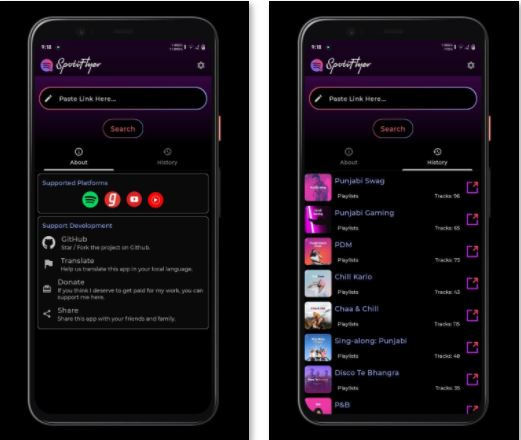 RoutineHub offers various great shortcuts that help to automate your Apple iPhones and iPads with Siri Shortcuts. RoutineHub Spotify to MP3 Downloader is one of its popular shortcuts. You can directly copy the Spotify track URL to RoutineHub, and it will download MP3 files for your Spotify playlists quickly. Just note that the downloaded Spotify MP3s are sourced from YouTube Music as well. Aiseesoft Free Audio Recorder is one of the most popular audio recording programs available for free to use. The interface is clean and uncluttered, making it easy to navigate. You could record any audio outputs from the system sound card, including Spotify music. Just easily play a Spotify track and start recording, then it will be downloaded to your computer automatically and saved in MP3 format.

Just like Audacity, any noise you make will be recorded into your Spotify MP3 files as well. Except that, it's a real-time audio recorder, which means, you could download Spotify songs to MP3 at 1X speed only. 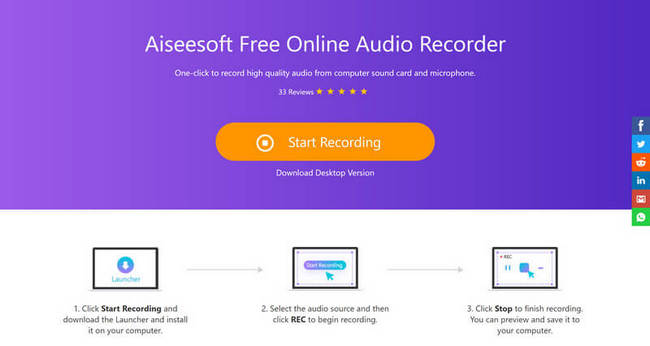 The following list is a comparison between NoteBurner Spotify Music Converter and the above free Spotify to MP3 converters.

Now, you've learned about the best free Spotify downloader to convert Spotify to MP3 online, on Android and iOS phones, or on Windows, macOS, and Linux computer.

If you don't like to download an extra app to convert Spotify songs, Soundloaders Spotify Downloader and Spotify-downloader are the best free online Spotify downloaders. Prefer converting Spotify playlists in bulk? Sidify Spotify Music Converter for Free is a nice option. If recording Spotify songs is acceptable for you, Audacity and Aiseesoft Free Audio Recorder are good to choose from. Besides, SpotiFlyer and RoutineHub Spotify to MP3 Downloader are another selection for phone users.

Wanna a better sound quality for the Spotify MP3 files? You would better use NoteBurner Spotify Music Converter, which is used to download any Spotify playlist to MP3/AAC/FLAC/WAV/AIFF/ALAC at 10X speed with ID3 tags & original audio quality preserved. There're more other amazing accompanying features on NoteBurner Spotify playlists downloader. Give it a shot and it won't let you down!

Note: The free trial version of NoteBurner Spotify Music Converter is limited to convert the first 3 minutes of each song. You can buy the full version to unlock the limitation.

YouTube Video: How to Record Spotify Songs as MP3 Files: