5 Best and Most Popular Music Players for Windows

With so many kinds of digital products coming to our life, the way of listening to music also changed a lot. There are many music players, music app is designed for different computer operating systems and smartphones. Maybe you have used so many kinds of music players or app, and have different feelings and experiences. Here this article shares the best and most popular music players for Windows.

Beoplayer is free software whose developer is Bang and Olufsen (B&O). When you first configure Beoplayer, the registration code is needed. Bang and Olufsen is one of the world's top digital equipment providers in Denmark, and the unique and noble is their product design concept, so their product has been sought after and adored by music lovers all over the world. Beoplayer is known as the world's best sound quality MP3 player. The Main Features of Beoplayer

Foobar2000 is a free multi-purpose audio player whose developer is a member of the Nullsoft Winamp, Peter Pawlowski. Other than other music players, it also supports generating library, converting media file encoding, extracting CD and other functions, so it is a powerful audio processing tool. According to many professional tests, its noise reduction feature makes Footbar unique in all the media software, so other music players cannot be comparable with it. Foobar2000 is a professional digital audio playback tool, and focus on technique. So a lot of technical knowledge of digital audio during the using process makes ordinary users are often overwhelming. 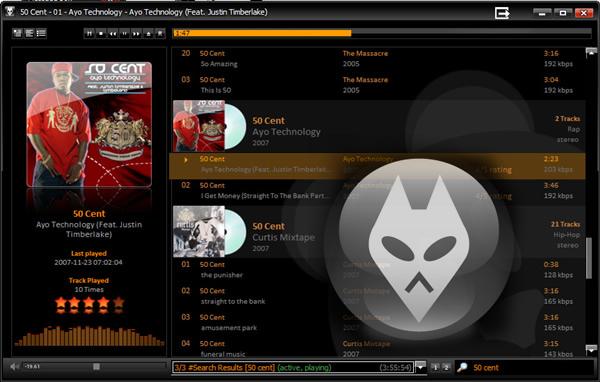 The Great Advantages of Foobar 2000

AIMP player is known as the NO1 player in Europe and considered to instead WINAMP music player in foreign countries, and the latest version is AIMP3. It can be launched very quickly without any delay. Importing music speed ranking first, about thousands of music can be dealt with for a moment. Each album in playlists has been set apart from each other obviously, which makes it very fast to find music. Beautiful skins are here for selecting and being replaced quickly. It takes up only a little system memory and runs smoothly. The Main Features of AIMP 3

VLC Media Player is a multimedia player planed by VideoLAN. It supports many audio and video codes and file formats, and supports DVD audio discs, VCD video discs and various streaming protocols. This software was launched by French students and participants came from all over the world. Multi-platform is designed to support and it can be used to playback network streaming and local playback of multimedia files. 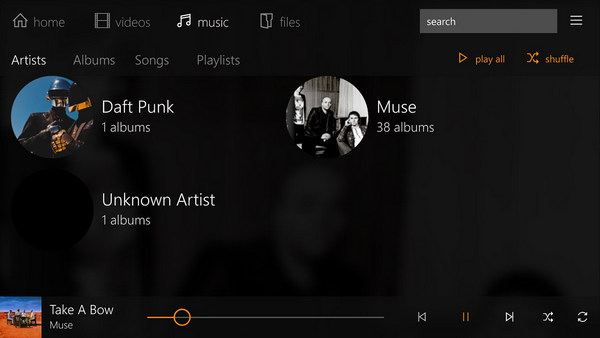 Spotify as music-streaming service which is originated in Sweden and is the world's largest streaming music services. It is the go-to platform for many, featuring over 82 million songs, straightforward interface, wonderful functions, ad-supported free subscription. You can play any songs online on Spotify without paying any penny. If you'd like to experience more, simply pay $9.99 per month to upgrade the free tier to the Premium. And besides, you can also import your local music to it for playback. The Main Features of Spotify

Another Important Tip about Spotify

Because Spotify provides Spotify Free (160kbit/s) for users, you can enjoy music freely but with advertisements. And if you are subscribers of Spotify Premium (320kbit/s) and want to save the downloaded music forever and transfer downloaded music to other portable devices, like MP3 player, CD, you need to find a way to record Spotify music. Here NoteBurner Spotify Music Converter is highly recommended.

NoteBurner Spotify Music Converter can convert all your Spotify songs and playlists to plain MP3, AAC, FLAC, AIFF, WAV, or ALAC. Thus you can enjoy the Spotify music on any of your device offline. 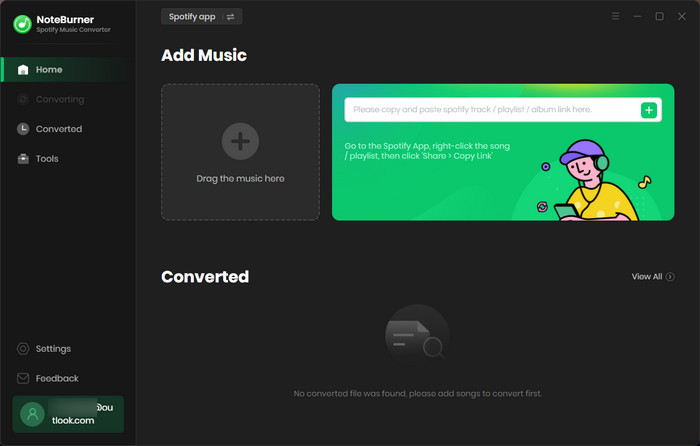