Apple Music and DRM: What You Need to Know

When we talk about the hottest trend in Apple gadgets, it is Apple Music. Launched in WWDC 2015, it has 60 million users right now. There are many FAQ’s regarding the Apple Music streaming service like: Is there DRM protection on Apple Music files? Can I save music for listening offline? Can I still listen to music after unsubscribing? If there is DRM, then how to record Apple Music files? No worry, let's find answers of the above questions in this article.

1. Is there DRM protection on Apple Music files? 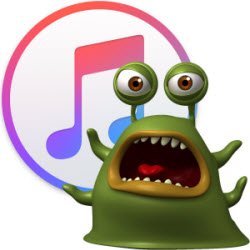 Yes, Apple Music has a DRM (digital rights management) component just like every other streaming service. Most users prefer the free trial by getting a subscription, downloading a ton of music in month one, then canceling the subscription. However, once we cancel the Apple Music subscription, all that downloaded streaming music will become inoperable because of DRM. It sucks.

If you want DRM-free version of that music, you can also buy tracks and albums from iTunes, Google, Amazon, or any other number of retailers. But it seems a little bit expensive. So the other better way to get none-limited version of Apple Music is to record Apple Music files.

2. Can I save Apple Music songs to listen to offline?

Yes, of course you can. Apple Music lets you download music to listen to offline, which bring benefits if you are concerned about wireless connection and data overages. As long as your device has space to store the downloaded music, you can save as many songs as you’d like. But, because of the encryption protection, you don’t really own those downloaded files from Apple Music, which means that you are banned from keeping them anywhere, except iTunes. For example, you are not allowed to burning Apple Music onto a disk, using them in separate video projects or putting them on other devices that aren’t linked to your Apple Music account. So in order to free from these limitations, you have to record Apple Music files for better enjoying. 3. Can I still listen to music after unsubscribing?

In fact, this question has been already answered in the above description. Apple has added encrypted technology to your downloaded Apple Music songs. So after canceling the subscription of Apple Music, all that streaming music becomes inoperable and you cannot listen to them anymore. To keep your Apple Music forever on your devices even if unsubscribe, you need to record Apple Music.

4. How to Record Apple Music files?

Step 1 Launch iTunes Audio Converter on Mac. And then click "+" button to add any music file you want to convert.

Step 2 After adding, all your added files will be listed in the main interface. Click the setting button to choose output format and output path. Output format as AAC, MP3, FLAC, WAV are available to choose. Also, you are allowed to set output quality.

Step 3 Now, all you need to do is to click the "Convert" button. Your music files will be converted quickly with ID3 tags and metadata kept.

Step 1 Launch iTunes Audio Converter on Windows. Click "+ Add" button, then you will see a pop-up window which will show you all the iTunes folders. You can add Apple Music files, audiobooks, and M4P audio as you want.

Step 2 Click the "Setting" button on the main interface, and then there will be a pop-up window which allows you to set output path and output audio format. Output format as MP3, WAV, FLAC or AAC are available to choose while converting Apple Music songs. If you do not change output path, the output audio will save in the default folder.

YouTube Video: How to Convert Apple Music Songs to MP3