Part 1. What is Lossless Apple Music?

Apple Music Lossless is a high-quality audio format that allows listeners to enjoy their music at higher fidelity than the standard one, providing a richer, more detailed listening experience.

One downside of Apple Music Lossless is that it requires significantly more storage space than standard Apple Music. A 3-minute song will be approximately 6 MB at high-quality 256kbps, while Lossless at 24-bit/48 kHz will be with 36 MB and Hi-Res Lossless with 145 MB. This means you'll need a larger-capacity device if you want to store your entire Apple Music collection in Lossless quality.

In addition, a higher-quality file will also need more bandwidth to stream. A 3-minute song will use approximately 6 MB at high-quality 256 kbps, 36 MB with Lossless at 24-bit/48 kHz, and 145 MB with Hi-Res Lossless at 24-bit/192 kHz. The data usage amount depends on song availability, network conditions, and the capability of speakers or headphones. So before streaming Apple Music ALAC Lossless tunes, be sure you've enough data cellular to take away, or just connect to a Wi-Fi network if necessary.

No matter what, if you're an audiophile who cares deeply about sound quality, then Apple Music Lossless audio is definitely worth considering.

Part 2. How to Listen to Hi-Res Lossless Apple Music?

The feature of Lossless Audio is switched off by default on Apple Music, helping to save storage and data. So to stream the lossless tunes, you'll have to turn it on manually.

2.1 Turn on Lossless Audio on Android

Once download the Apple Music app on your Android device, it's time to get into the lossless audio.

Step 1 Open the Apple Music app, and go into the Settings section. 2.2 Turn on Lossless Audio on iPhone

You can use the built-in setting on iPhone to turn on the Apple Music Lossless. 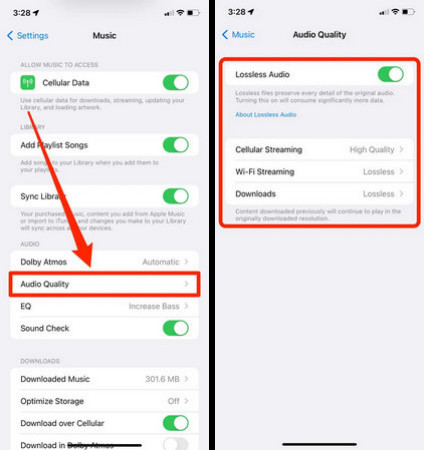 2.3 Turn on Lossless Audio on Mac

Only with a macOS 11.4 Big Sur and higher, you can access the Apple Music lossless streams. However, Lossless Audio tracks can't be heard through Bluetooth, so they cannot be streamed by wireless headphones, including Apple headphones like AirPods. Even though you've turned on the Lossless Audio setting, you can only listen to the lossy sound output.

By subscribing to an Apple Music subscription, you can directly download any track or album from its catalog through the Music app, while you'll be stuck with its encryption limits though. In this part, we'll show you another way to download lossless Apple Music ALAC as actual audio files, saving to your computer locally.

To work this out, you'll need a smart NoteBurner Lossless Apple Music Converter, available to convert and save songs, playlists, or podcasts from Apple Music to ALAC, MP3, AAC, FLAC, WAV, and AIFF. It's worth mentioning that NoteBurner can even retain 100% original sound quality, including Apple Music Lossless & Hi-Res Lossless, after 10X faster speed conversion. 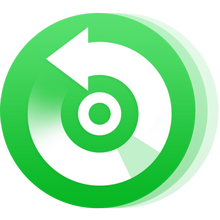 Once converted, just tap on the "Converted > Folder" icon. Then NoteBurner will show you all downloaded Apple Music ALAC files (.m4a extension) stored on your computer locally.

Apple has upgraded its entire audio library to Apple Music HD, with over 100 million tracks in lossless CD Quality. After enabling the Audio Lossless setting, subscribers could get into lossless audio world without a penny.