How to Download Apple Music Songs to Fitbit Versa

Are you seeking a way to download and transfer songs from Apple Music to Fitbit Versa? Then you have come to the right place. Here we'll introduce a smart way to help you easily download Apple Music songs as MP3 format and transfer to Versa for listening.

The Fitbit Versa is a prettier, cheaper version of Fitbit company’s first true smartwatch, the Ionic. The Versa retains a focus on fitness and other health-related tracking. It's constantly recording your heart rate, it tracks your different sleep cycles, and it has a handful of automatic activity tracking modes for running, biking, swimming and more. Although the Versa lacks built-in GPS and NFC payments, but starts at $200, which is probably a much better value proposition for most people, compared to the Fitbit Ionic ($300). Moreover, one key feature that the Versa beats the others watches is battery life. Like the Ionic, the Versa is a battery champ and gets up to four days of battery life.

In the aspect of music playback, Fitbit Versa comes with enough on-board memory for 300 songs and has compatibility with Pandora (US) and Deezer (Europe), users can download and listen to music on it without the need for your phone. However, it is a pity that the Versa still lacks of support for one of the most popular music streaming service – Apple Music. That’s a huge pain for some Versa owners who subscribe to Apple Music and wish to enjoy Apple Music songs on it. But fortunately, there will always be a way out. 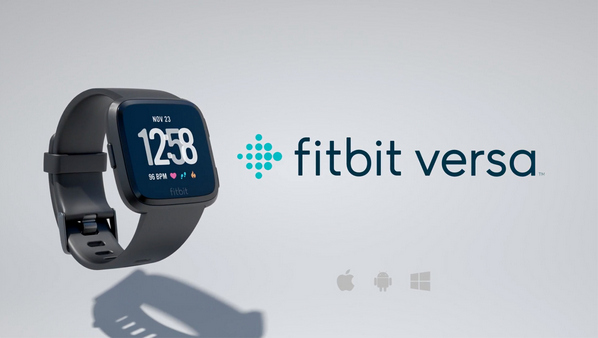 Since each Apple Music songs are encoded protection, so if you need to transfer them to Fitbit Versa for playback, the first and foremost thing is to record Apple Music songs, and then convert to plain MP3 format.

Here you meet NoteBurner iTunes Audio Converter, which is a smart app specially designed for Apple Music users to help you easily record Apple Music & Audiobooks & iTunes M4P music and convert them to MP3/AAC/WAV/FLAC/AIFF/ALAC. Besides, it can also keep the original audio quality and ID3 tags of the music in output files.

Tutorial: How to Transfer Apple Music to Fitbit Versa

The following is the detailed tutorial to guide you to convert Apple Music to MP3 and import to Fitbit Versa. Please download NoteBurner Apple Music Converter first before getting started.

After converting, the output folder will be open automatically. Or you can click the "Converted" button on the left interface to find the converted music. Then simply connect to your computer or your mobile via Wi-Fi and use the Fitbit Connect app to transfer the converted Apple Music songs to Versa to enjoy without needing your phone nearby.