How to Play Apple Music on iPod Nano or Shuffle

You may prefer to transfer music from Apple Music to tiny iPod for streaming, but unfortunately you won’t be able to play Apple Music on the two cheaper iPod options, the iPod Nano ($149) and iPod shuffle ($49). If you try syncing Apple Music to an iPod nano or shuffle, you’ll see a notification that says, “Apple Music songs cannot be copied to an iPod.” Is it a bug? No, it is neither a bug nor a glitch. It is something done on purpose by Apple in order to prevent piracy. Apple ensures no customers can save their songs onto an Apple device after their subscription is cancelled. Apple needs WiFi to authenticate an Apple Music subscription, and the cheaper iPods -- iPod nano and shuffle aren’t built with WiFi capabilities.

It seems there is only one way for iPod users who want to sync and play Apple Music on their devices: buy a new iPod touch. But the iPod Nano and iPod Shuffle do have their advantages. They are small, sleek and portable music players that can store thousands of songs. They are perfect for providing entertainment while running, in waiting rooms, or on planes. Is there any way to transfer Apple Music songs to iPod Nano or Shuffle? 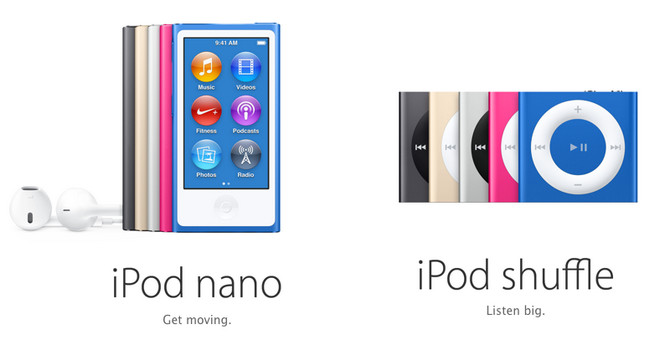 Don’t worry, here comes the rescue, NoteBurner Apple Music to iPod Converter, a smart Apple Music converter that is designed to record Apple Music and convert the music tracks from M4P to common MP3, FLAC, AAC or WAV audio formats with original CD quality preserved. By using this powerful converter, Apple Music users can freely transfer the unprotected Apple Music songs to any device to enjoy, including iPod or other MP3 player.

Tutorial: How to Transfer Apple Music to iPod

The following is the detailed tutorial to guide you to download and sync songs from Apple Music to iPod. Please download NoteBurner Apple Music Converter first before getting started.

Once the conversion finishes, you can click the History button on the top-right interface to find the converted music. Now all of the songs from iTunes or Apple Music are free from DRM, you can use iTunes to sync these files to your iPod.

YouTube Video: How to Sync Apple Music to iPod