Is there any way to convert Apple Music files to unprotected AAC? 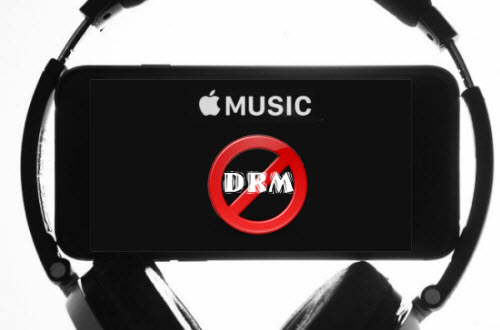 What is AAC and What are the Differences Between M4P and M4A?

Many people have trouble in telling the difference from AAC, M4P and M4A. From what Wikipedia said, AAC (Advanced Audio Coding) is an audio coding standard for lossy digital audio compression, which is designed to be the successor of the MP3 format. However, unlike MP3, which has a unified .mp3 extension, AAC encoded audio files can have a variety of extensions that include .aac, .m4p and .m4a. So, M4P and M4A are just file extensions for an audio file encoded with advanced audio codec (AAC). All in all, AAC is an audio encoding scheme, while M4A and M4P are only file extensions.

In 2003, Apple announced that its iTunes and iPod products support songs in AAC format and the music downloaded by customers from iTunes are in restricted form of AAC. But since 2009, nearly all music on the iTunes Store became free to play. However, things changed with the release of Apple Music, protection returned back. The "free" music you download from iTunes are in m4a format, while the music with protection are in m4p format. So, is there any way to convert protected M4P music to M4A format?

Related: How to Record Apple Music M4P Streams as MP3

NoteBurner Apple Music Converter can perfectly help you convert Apple Music M4P songs to plain AAC or MP3. With a leading-industry record technology, it can record Apple Music songs in the background at super fast speed with zero loss quality. You can record a 4-minute song within 30 seconds. Both Windows version and Mac version are available to download.

Guide: How to Convert Apple Music Streams to AAC (.m4a)

After downloading and installing the Apple Music converter, double click the program icon to launch the program. Click "Add" button, then you will see a pop-up window which will show you all the iTunes folders. You can add Apple Music files as you want.

Click the "Setting" button on the main interface, and then there will be a pop-up window which allows you to set output path and output audio format. If you do not change output path, the output audio will save in the default folder.

With three simple steps, you can record Apple Music files and convert Apple Music streams to unprotected AAC format. After converting, your music files are free from any restriction.