How to Add Apple Music to Final Cut Pro

Does anyone know how to import Apple Music tracks saved to My Music in iTunes to Final Cut Pro X? Dragging to the timeline looks like it works but you can't see any sound waves and when you playback, there's no music.

Final Cut Pro is a series of non-linear video editing software programs first developed by Macromedia Inc. and later Apple Inc, which allows users to create and edit videos. In Final Cut Pro, you can add music to enhance your video; such as using music to play in your video's background or during the opening and closing credits. Music files from iTunes library or stored on your computer can be added to your project in Final Cut Pro. But this does not extend to the streaming music, such as Apple Music or iTunes M4P songs. 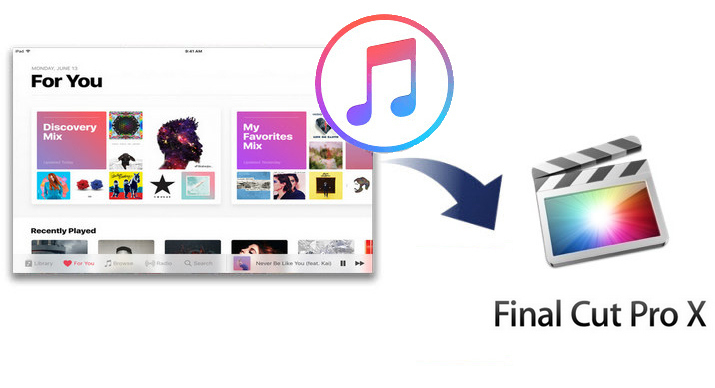 NoteBurner iTunes Audio Converter, developed by NoteBurner Inc, is a professional Audio Converter specially designed for Apple Music users. It is available for both Mac and Windows OS, aiming to completely records Apple Music songs without quality loss. With this smart app, you can easily convert the offline Apple Music tracks from M4P format to common MP3, FLAC, AAC, AIFF, or WAV format while preserving the original ID3 tags. You are suggested to download the free trial version as below before getting started to convert your Apple Music files.

Tutorial: How to Import Apple Music to Final Cut Pro

The following is the detailed tutorial to guide you to record Apple Music and add to Final Cut Pro. Please download NoteBurner Apple Music Converter first before getting started.

After converting, the output folder will be open automatically. Or you can click the History button on the top-right interface to find the converted music. Now you can add them to Final Cut Pro for using.