I decided to go with Android and bought a new Galaxy phone a few days ago. I have a large music library in iTunes but now I don't know how to move those music to Android, so that I can play then on Poweramp app. What is the right way to do that?

Apple doesn't often offer its services on Android, but for Apple Music, they make an exception. After all, it's hard to be a popular music service without being available on the most widely-used mobile platform in the world. However, Apple updates the service on Android so rarely that some Android users prefer to play songs from Apple Music on some Android music players, like Poweramp. But it is a pity that songs from Apple Music are encoded with protection, for which users can’t take these songs outside of iTunes or Apple Music app for playing on Poweramp music player. That's totally inconvenient for people who don’t like Apple Music for Android. No worries though, here we are about to introduce you an easy way to record Apple Music songs, so that you can import them to Poweramp music player for enjoying. 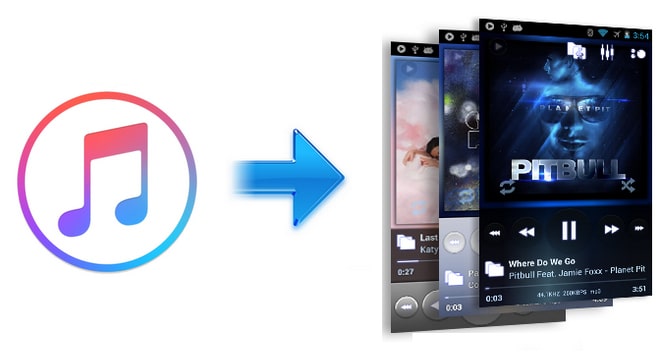 NoteBurner iTunes Audio Converter is a powerful yet easy-to-use Apple Music Converter that can help Apple Music users record Apple Music streams while converting the locked songs from M4P to MP3, FLAC, AAC or WAV format at 10X speed. Besides, it is capable of downloading Apple Music tracks without damaging the original streaming audio quality. With the help of this powerful tool, you can easily download songs from Apple Music to MP3 or other widely-used formats, and enjoy them on any media player, including Poweramp.

Tutorial: How to Stream Apple Music to Poweramp

The following is the detailed tutorial to guide you to enjoy songs from Apple Music on Poweramp. Please download NoteBurner Apple Music Converter first before getting started.

Once the conversion finishes, you can freely import them to your Android device and listen on Poweramp Music Player.