Unable to access any songs from Apple Music, you find, and when you tap on a song stored on your phone to play, there is a message pops up suddenly saying "Your Apple Music membership has expired". Annoyed and confused, don’t you?

Yes, you may feel angry, but it’s true that any streaming music you've added or downloaded to your library from the Apple Music catalog is not available to enjoy after canceling the subscription. Why does this happen? Just because Apple Music is proprietary and uses technical protection. What you pay monthly is just for permission to stream any song available in their library. You don’t actually own the songs even though you've subscribed to Apple Music service and downloaded the songs. So after canceling the subscription, although you retain all offline music, don’t have access to them. 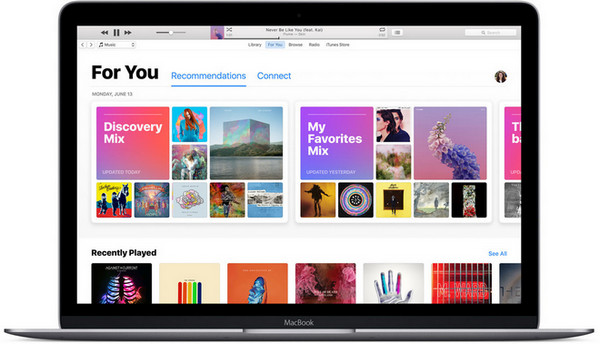 The following is a detailed tutorial to guide you to keep Apple Music on computer forever. Please download NoteBurner Apple Music Converter first before getting started.

Tutorial: Tutorial about How to Save Apple Music Songs on Mac forever

Download and install NoteBurner Apple Music Converter. After that, please launch the software.

After completing the above steps, the final one is clicking the button "Convert". Just a few second, it will succeed. After conversion, all of your songs from Apple Music are converted, you can keep them on your computer forever, or sync converted Apple Music to iPhone/iPad/iPod with iTunes for streaming.