“Under the Mistletoe” is Justin Bierber’s earlier album released on November 1, 2011. It’s Justin Bieber’s first Christmas album, second studio album, and third number-one album and platinum selling album following “Never Say Never”. “Under the Mistletoe” debuted at number one on the US Billboard 200, delivering 210,000 units during its opening week. The album also debuted within the top 10 in Spain, Australia, Norway, and the Netherlands. 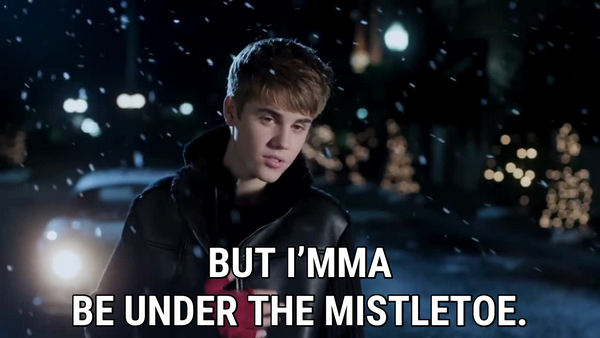 Note: If you are an Apple Music subscriber, please refer to How to Download songs from Apple Music (including Justin Bieber's “Under the Mistletoe”) to MP3 for detailed steps.

Spotify is a streaming music service offering DRM-protected songs for Spotify users. Therefore, though we have access to listen to songs on demand, discover new music, play and share music, playlist, album and etc without any charge on Spotify Free, we are unable to download any songs from Spotify as local files.

But from another point of view, it's the DRM protection that prevents us from downloading Spotify songs. If we can remove the DRM from Spotify songs, we can then download Justin Bieber's full album "Under the Mistletoe" or any other songs from Spotify easily.

NoteBurner Spotify Music Converter is a popular Spotify music downloader specializing in removing DRM from Spotify, converting and downloading Spotify songs to MP3/AAC/FLAC/WAV. Here are the key features of the program:

Part 2: How to Download Justin Bieber's Full Album "Under the Mistletoe" to MP3

NoteBurner Spotify Music Converter supports both Windows and Mac OS. Here we will take the Windows version as an example. For Mac users, please refer to How to Download Music from Spotify to MP3 on Mac for detailed steps.

To import your music to NoteBurner, please simply copy and paste or drag and drop the playlist link of Justin Bieber's "Under the Mistletoe" from Spotify Free to NoteBurner Spotify Music Converter.

Click "Settings" button on the upper right. Here you can choose output format (MP3/ AAC/ WAV/ FLAC), output quality (High 320kbps, Medium 256kbps, Low 128kbps) as well as the output path. Here we choose MP3 as the output format for the target converted songs in album "Under the Mistletoe".

Click button "Convert", and Justin Bieber's all Christmas songs in album "Under the Mistletoe" will soon been converted & downloaded in MP3 format and saved in the output path you set in previous step.

By clicking the Converted button (like a clock) or directly going to the output folder you customized in Step 3, you will find all the converted songs in "Under the Mistletoe" downloaded in MP3 format.